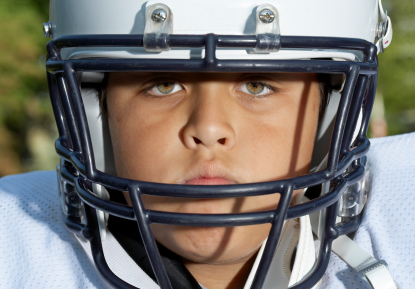 Recently here in Arizona we heard the sad news of a high school football player’s death, potentially related to a hard tackle just minutes earlier. Could a concussion have been the determining factor in this young player’s death? More and more, concussions are becoming a scary reality in football, whether it’s Pop Warner, high school or professional, and many parents are highly fearful, and rightly so, of letting their kids even play the sport. At Family Practice Specialists, we handle a lot of questions regarding football and safety, so let’s break it all down.

According to recent statistics, high school athletes sustain an estimated 136,000 to 300,000 concussions per year, a rate that has doubled in the last decade. Statistics also show that for children seen in ER’s and discharged, as well as those who were admitted, football remains the most common sport for concussions.

The good news, a 2010 study of high school athletes in a large, suburban public school system, found that most concussion symptoms clear within a week. In fact, according to the study, 27% had symptoms resolved in less than 24 hours.

Sports, including football, is a great way to teach children the importance of teamwork and healthy relationships. If your child is playing football, there are things that you and the coaches can do to help prevent concussions.

According to the CDC, ensure that athletes:

• Practice “Heads Up” football—never lower your head during a hit.

• Use proper techniques in blocking and tackling.  Learn and apply the fundamentals.

• Follow the rules of play and practice good sportsmanship and self-control at all times.

• Understand that helmets can help protect their head and brain, but they are not 100 percent effective in preventing concussions

Making sure your child, your child’s coach, and the league or school follows these safety techniques can help prevent serious concussions. Football is a great game, if it’s played safely and with respect.