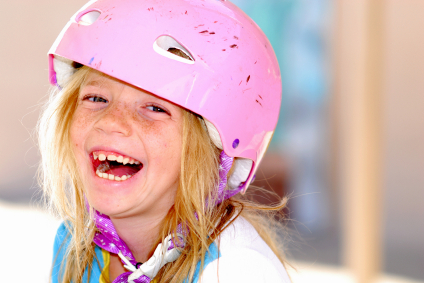 It’s usually around this time of year that Family Practice Specialists spend quite a lot of time talking about youth sports, particularly football and concussions. As Phoenix physicians, we are keenly aware of the benefits of team sports, while simultaneously understanding like few others the risks of team sports. Yesterday, news broke of the National Football League’s settlement of $765 million to thousands of players who had sued over head injuries. With this news comes increased awareness on the importance of keeping your child safe as they play the game of football.

According to Today.com, Pop Warner, the largest and oldest youth football organization in the U.S., has seen the number of youth players – close to 250,000 – remain steady from 2011 to 2012, according to Josh Pruce, national director of media relations at Pop Warner headquarters in Langhorne, Penn.

As the parent of a child who plays football, or as a coach, there are steps that can be taken to avoid head injuries. In fact, as we’ve mentioned before, many Pop Warner organizations around the nation are members of the NFL’s Heads Up program, which teaches the skills necessary to coach proper tackling, and to be on notice for concussions and head injuries.

As Phoenix physicians, and parents ourselves, we want to provide our patients and parents with tips – steps that you can take to help your child avoid head injuries while on and off the field.

There are a myriad of steps that you can take, as a parent, to prevent head injuries both on and off the field. If you think your child might have taken a bad hit, made a bad tackle, or fallen hard on their head, don’t hesitate to make an appointment with Family Practice Specialists immediately.