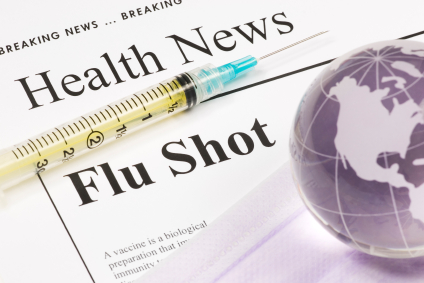 When is Flu Season?

In Arizona and around the country, flu season doesn’t typically take strong hold until January/Febuary, but according to the CDC flu season can start as early as October. Last flu season we didn’t see a whole lot of surges in flu cases until the middle of December, when reported influenza cases rose dramatically, and then dropped back down to non-existent levels around the end of March.

However, with that said our Phoenix doctors are confident that through education and information made available to our patients, we’ll have a slow flu season in Arizona this year.

Will There Be New Strains of the Flu Virus?

Every year new strains of the flu virus appear, which is why every year a new vaccine must be developed to counteract these new flu virus strains.

Will Getting Vaccinated Prevent the Flu?

Getting vaccinated will improve your odds for avoiding the flu all together. The 2012-13 flu season was a little rough in terms of effectiveness of the flu vaccine. The CDC stated that last year’s flu vaccine was 56% effective at preventing the flu. However, every year the flu strain is different, as is the flu vaccine, and a 50% chance of not getting sick is far better then a zero-percent chance.

How Can I Avoid the Flu without a Vaccine?

1. Wash Your Hands – It’s pretty obvious, and something that our Phoenix doctors repeat quite often, but washing your hands could save you and your family many visits to our Phoenix doctor’s offices. Wash your hands before you eat, after you talk on the phone, before and after you prepare a meal, before and after a diaper changing, and throughout the day while at work. Statistics show that up to 80% of illnesses are transferred through the hands.

2. Get Enough Sleep – Sleep is an amazing thing, and something that we often take for granted. When you’re sick, sleep is the one thing that can speed up your recovery by allowing your body to recuperate. When you’re not sick, sleep is a great way to avoid getting sick by boosting your immune system, letting your body unwind, de-stress, and repair itself from the day.

3. Exercise – By getting your blood pumping, you can literally boost your immune system by increasing the activity of your white blood cells. Our Phoenix doctors have probably mentioned exercise in more than one conversation, but it’s important to take this advice under consideration, especially this time of year.

While flu season in Arizona is not technically here yet, in just a few weeks it will start creeping up. Get ahead of the game and talk to your Phoenix doctor about getting the flu vaccine today.